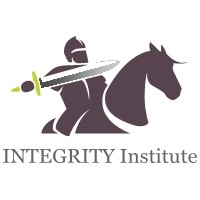 The Acts of the Apostles - A Book of Beginnings

The Book of Acts - A Book of Beginnings

A BOOK OF BEGINNINGS

The Book of Acts is a book of beginnings.  It gives us the story of the birth and early years of the Body of Christ.  Dr. Lee Martin’s course covering The Acts of the Apostles is an exciting journey that will take students from Jerusalem on the Day of Pentecost and follow along with Paul and others as they traveled to spread the Gospel.

Early followers of Christ took Jesus’ Great Commission to heart and ran with it.  They spread the gospel everywhere they went and the Word they preached was confirmed by signs following.

God worked with these men and women of God in tremendous ways.  Entire cities were turned upside down!  Angels and earthquakes were breaking guys out of jail, people were receiving God-given visions and being translated from one place to another in the Spirit, liars dropped dead, those practicing black arts burned their stuff, riots and revivals were breaking out everywhere!

FOUR KEYS OF THE KINGDOM DEMONSTRATED IN THE BOOK OF ACTS

These early believers accomplished their ministry by utilizing the keys of the kingdom they received from Jesus Christ (Mt. 16:18-19).  Jesus delegated to them His authority and sent His empowering Spirit to enable them to do everything God had planned for them to do (Eph. 2:10).

The first key given was the Holy Spirit Himself.  The Promise of the Father arrived in a dramatic way on the Day of Pentecost.  Apparently, there was quite a commotion!  Others in the city heard the sounds coming from the direction of the upper room and the streets were filled with curious people wondering what was going on.  People on the street heard their native languages being spoken by those who knew no language other than their mother tongue.

The same thing still happens today!  Dr. Billye Brim reported the occurrence of a person whose native language was Arabic and another whose native language was German both hearing their native languages being spoken at the same time.  Each gave a translation of phrases that they heard being spoken during that prayer session.  Dr. Brim was simply praying in the Spirit in her personal prayer language!  It should be noted that she does not know how to speak Arabic or German. ( Tongues & Prayer by Billye Brim, Jan 12, 2021, https://billyebrim.org/tongues-prayer/ )

PETER AND THE DISCIPLES WERE TRANSFORMED

On that momentous day, Peter was transformed from an open-mouth-insert-foot kind of guy into a Spirit-filled believer who stood up to preach the first Pentecostal sermon and 3,000 people got saved!  A short time later, he and John encountered a lame man asking for money, gave him the only thing they had to give, and he was immediately healed.  Peter took the opportunity to preach the Good News again and 5,000 more were added to the Kingdom!

Enroll today to learn more about the keys of the kingdom and the miracle-filled history of us – the Body of Christ.  Allow the Holy Spirit to renew God’s vision for His Church today in your heart.  He has not changed His plans concerning our assignment to go and make disciples, to heal the sick, and cast out demons.  You will discover that God is in the process of restoring and healing His Church so that we can effectively do what we have all been called to do.

Following along with Paul on his missionary journeys will help you learn effective church planting strategies that can be easily modeled today.

Those early believers were ordinary men and women who simply believed the Word of God and acted on it.  They trusted His empowerment through His Spirit to enable them to fulfill all He had called them to do.  You can do the same!

Call 1-214-202-0449 or click for more information and enroll today!  http://www.integrityseminary.net/course?courseid=the-acts-of-the-apostles

Copyright © 2021 Your  www.integrityseminary.com. All rights reserved  - Created with

Select a course first to display its contents.

No available contents for

There are no free, paid or coming soon courses in your school yet.
Why don't you create one?

The school owner is working hard preparing the courses for you.

Oops, you haven't created any courses yet.

Wouldn't it be a good idea to create a course?

No blog posts found in your blog. Why don't you create one?